Burmese migrant workers in Thailand have been learning about their rights in UnionAID project training delivered by our partner, the Federation of Trade Unions of Burma.
19 training courses were held during 2008 to plantation workers in the Phawphra district where seasonal migrant workers have been subject to violence and trafficking. In total more than 1100 workers attended the training at 19 different locations.

A workers rights pamphlet was also produced in several languages and work was undertaken to develop a database of information on workers and their factory conditions and risks.

The FTUB has reported: 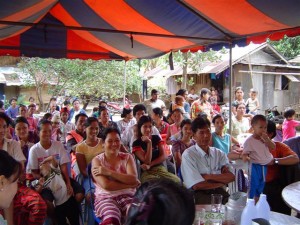